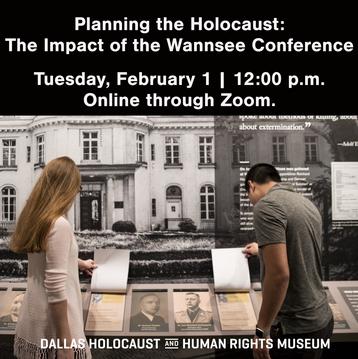 In the first session of this series,

we will focus on the history of

in the United States,

of immigrants and refugees from

and overcome by AAPI communities. 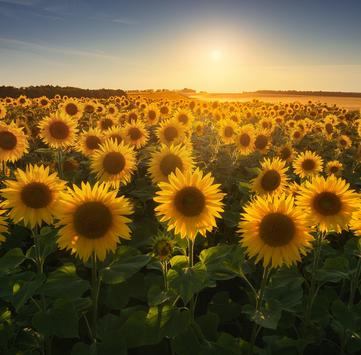 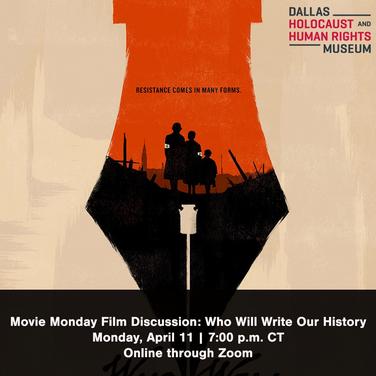 SUNDAY, MARCH 20, 1:00 PM CST
The Threats to Diaspora Jews from the World and from Within

Noted social commentator Melanie Phillips presents her unique insights into the challenges facing Jews in their distinctive situation in the Diaspora. She explains how and why challenges, with all the dangers they pose, come both from within

the Jewish community and from beyond it.

Journalist, broadcaster and author, Melanie Phillips is Britain's best known champion of traditional values in the cul- ture war. She authors a weekly column for

is a regular panelist on BBC Radio's The Moral Maze.

Join our friends at the Dallas Holocaust and Human Rights Museum for their Movie Monday discussion of the film Who Will Write Our History. This film tells the story of a secret band of journalists, scholars, and community leaders who decided to fight back while forced to live in the Warsaw Ghetto. Led by historian Emanuel Ringelblum and known by the code name Oyneg Shabbos, this clandestine group vowed to defeat Nazi lies and propaganda not with guns or fists but with the ultimate weapon: the truth. 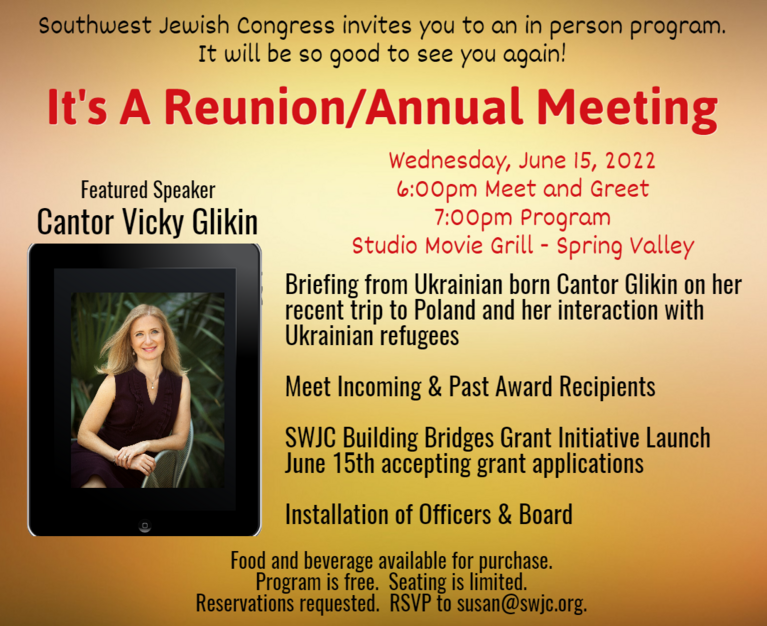 We’re partnering with the Dallas Holocaust and Human Rights Museum
for their latest special exhibition program.
Historian and author Stephanie D. Hinnershitz will discuss
how the U.S. government wrongfully imprisoned
tens of thousands of Japanese American citizens
between 1942 and 1945 and profited from their labor – all
in the name of national security.


This program will be held in person at the Museum
300 N. Houston Street, Dallas, Texas 75202.
To get your tickets, register here. 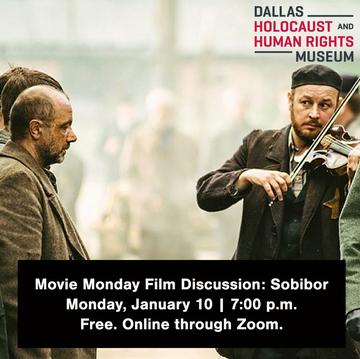 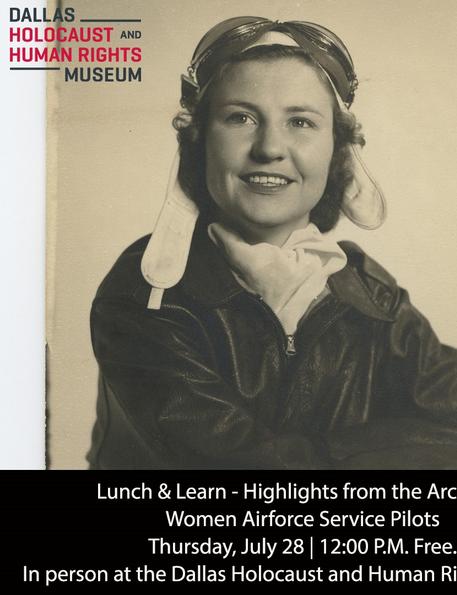 ​​In keeping with his devotion to the fight against antisemitism,

who would bring that battle to the schools on all levels. In doing so

he sounds a warning to us all in this time of increasing antisemitism.

Dr. Charles Asher Small is the Founder and Executive Director of the

on Critical Antisemitism Studies at Cambridge. 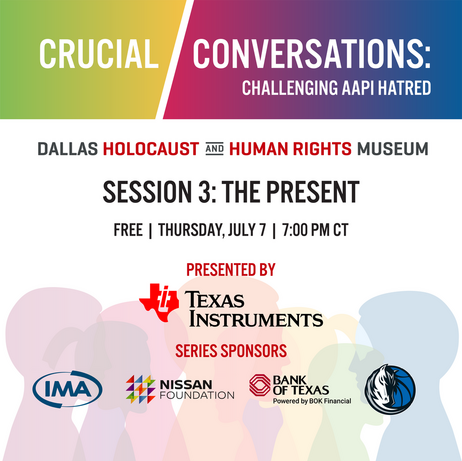 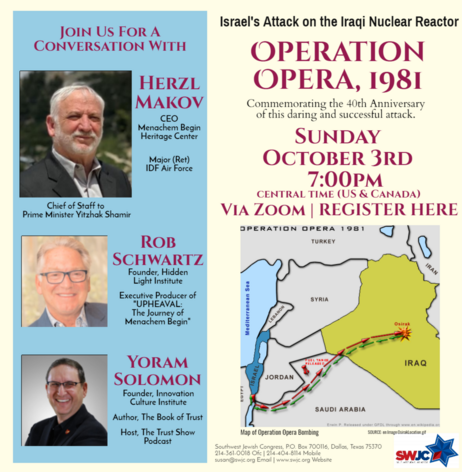 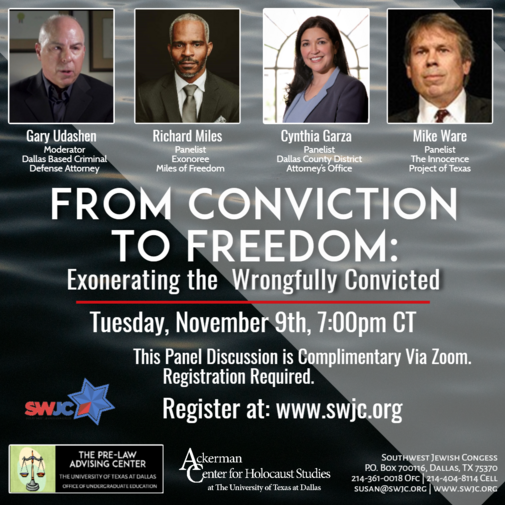 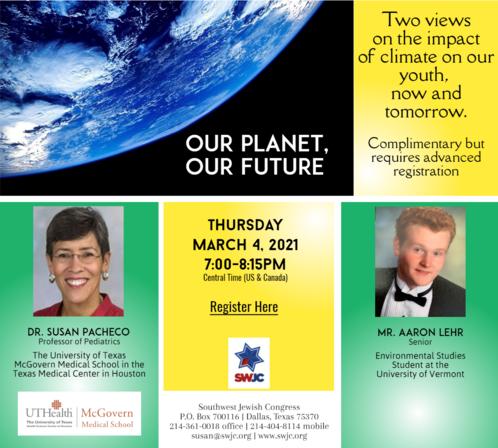 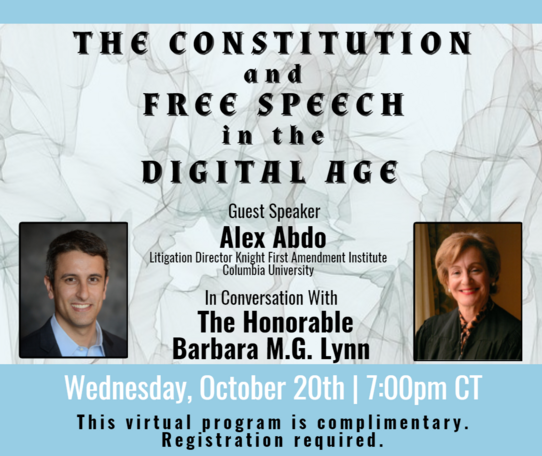 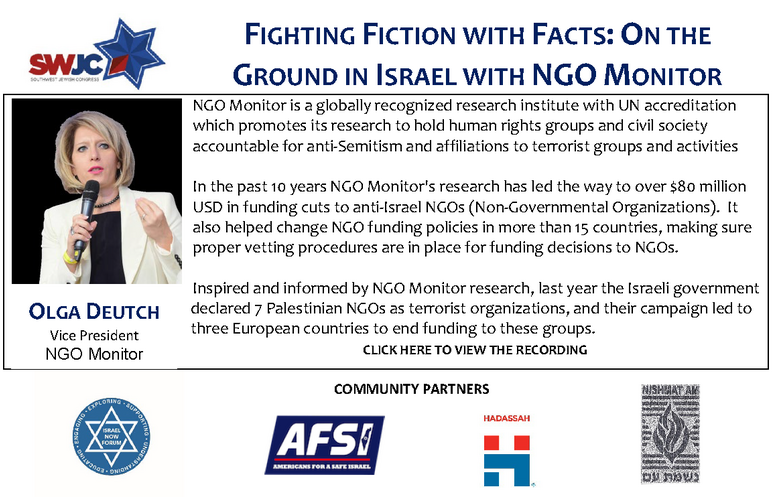 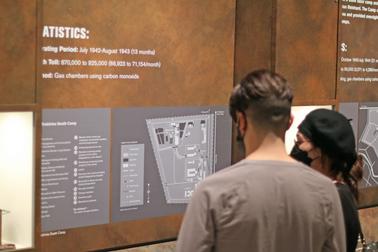 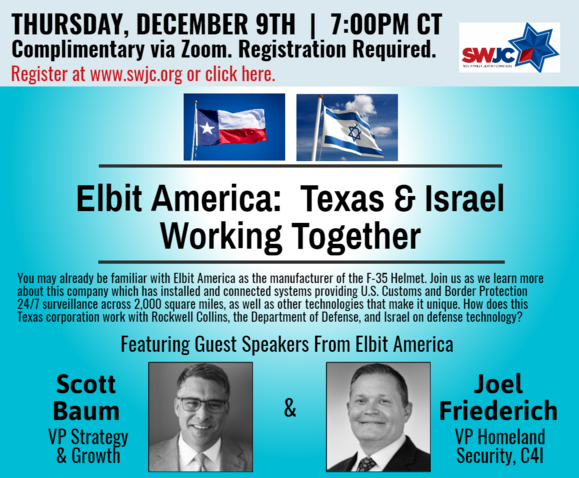 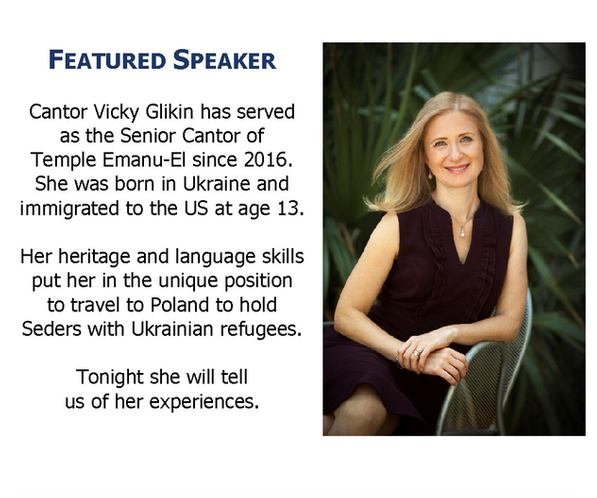 The Secret Diary of the Holocaust tells the story of Rutka Laskier, a 14-year-old girl who kept a journal while in Bedzin, a ghetto located 130 miles south of Łódź. Until her deportation to Auschwitz in 1943, she recorded not just the Nazi atrocities, physical hardship, and hunger she experienced, but also her daily life as a teenager.

​To register for this In Person program, click here.

This is an in-person program. We look forward to seeing you at the Dallas Holocaust and Human Rights Museum.

Attendees are welcome to bring a brown bag lunch to enjoy during the program.

In 1942, as the United States found itself embroiled in a world war, it faced a severe shortage of pilots. In response, two groups of women’s pilots formed, creating civilian groups to ferry planes overseas and free up male pilots for combat missions. These groups merged in 1943 and became the Women Airforce Service Pilots (WASPs). More than 1,000 pilots, all volunteers, ultimately trained as WASPs and flew almost every type of military aircraft. Catherine Parker kept various charts, instructions, and certificates from her time as a WASP, including her individual flight records.

Join Felicia Williamson, Director of Library and Archives, to learn more about WASPs through selected artifacts from the Catherine Parker Chatham Family Collection in the Museum’s archives. 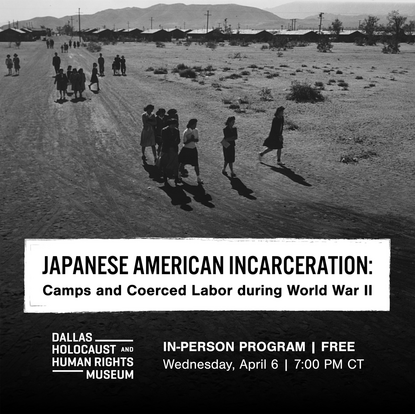 ​Join us for the third session of their 2022 Crucial Conversations Series on challenging AAPI hatred. This session will focus on recent incidents of discrimination and hate crimes against Asian Americans and Pacific Islanders, especially following the onset of the COVID-19 pandemic. We hope to see you for this free, virtual event on July 7! 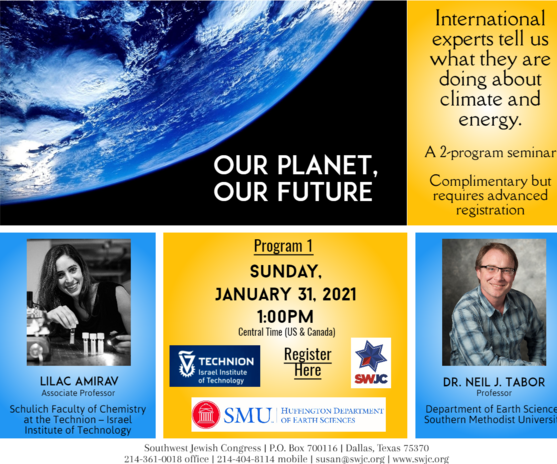 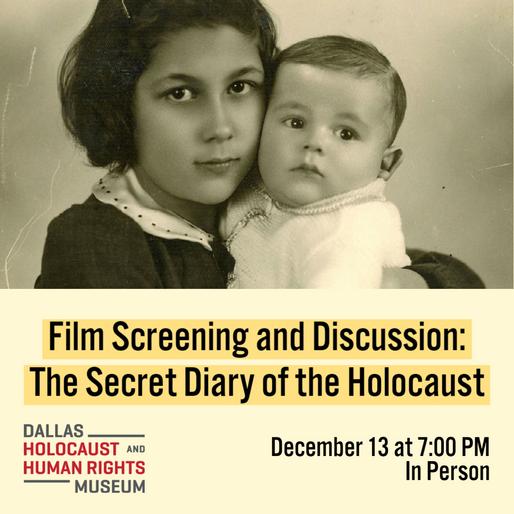 In person at Congregation Shearith Israel

Yom HaShoah, also known as Holocaust Remembrance Day, commemorates the six million Jews who were murdered in the Holocaust and celebrates the lives of those who survived.

Join the Dallas-area community to reflect upon this tragedy, remember those who perished, and honor our Survivors.​​

Near the end of World War II, the U.S. Army came across Dachau Concentration Camp in Germany and liberated approximately 32,000 prisoners, offering them supplies and medical care. Texas native

was among the liberators.

Archives at the Dallas Holocaust and Human Rights Museum, to learn more about Maxey’s experiences through selected artifacts Museum’s archives. 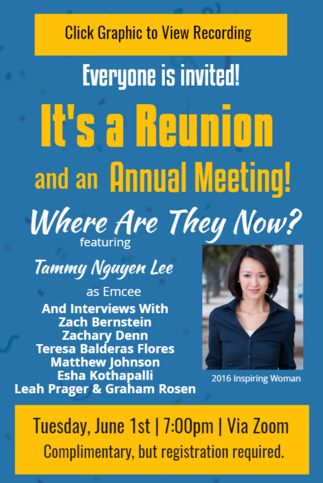 ​​​To view recordings of  2021 programs, click on the graphic below.

Between 1933 and 1945, Nazi Germany and its allies established more than 44,000 camps and ghettos across occupied Europe. This vast network of camps served several purposes for the Nazis, including to segregate Jews, create sites for forced labor, and implement their ultimate plan of mass murder. This system required careful planning and a vast administration, at which coldly calculating Nazi leaders excelled.

Join Dr. Charlotte Decoster, Ackerman Family Director of Education, for a discussion of the Nazi camp network during the Holocaust. 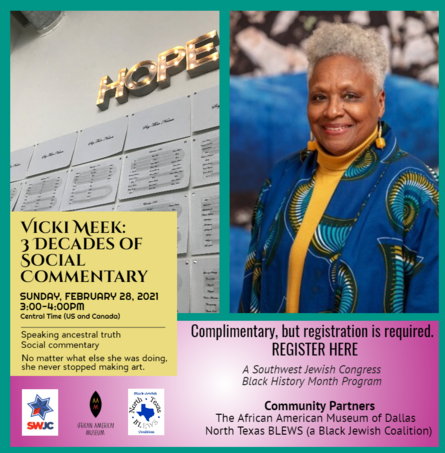 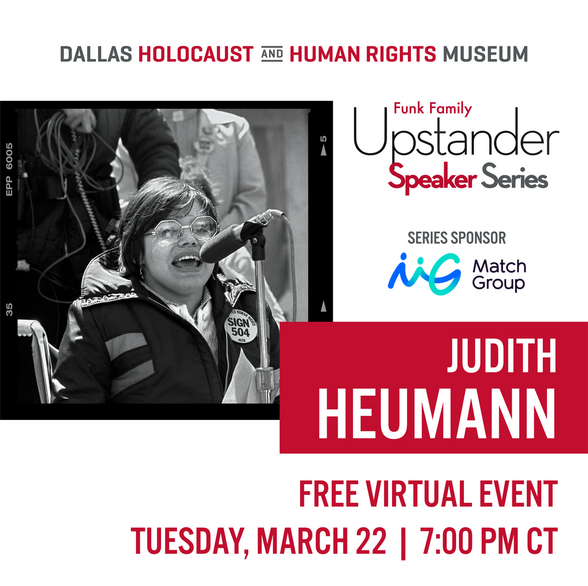 We’re partnering with the Dallas Holocaust and Human Rights Museum

for their latest special exhibition program.

how the U.S. government wrongfully imprisoned

in the name of national security.

This program will be held in person at the Museum 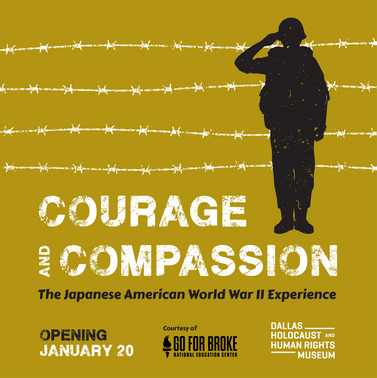 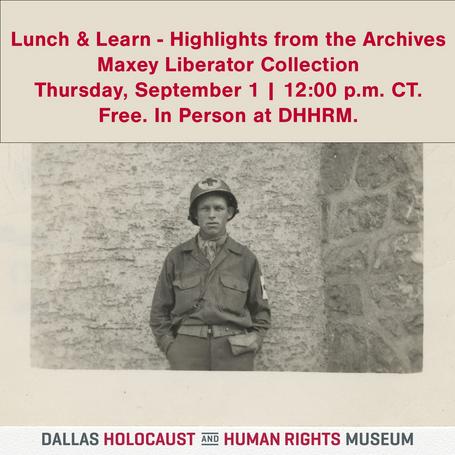 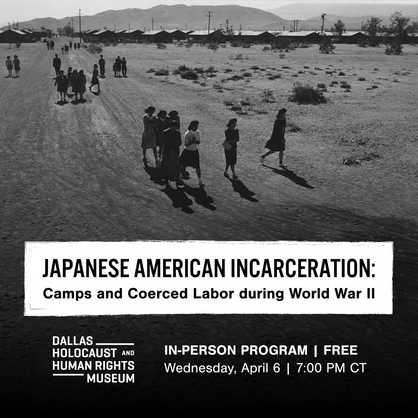 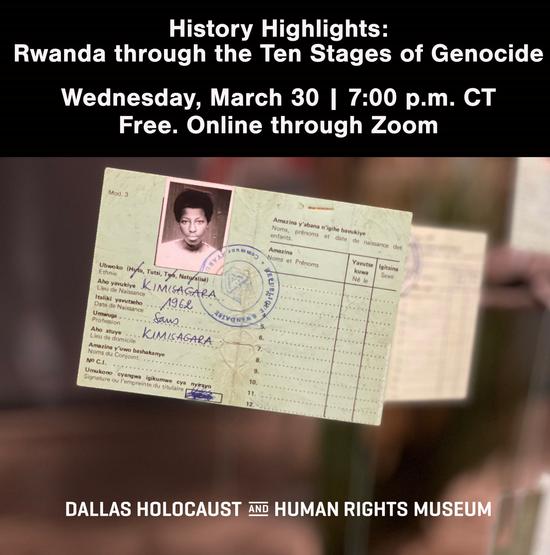 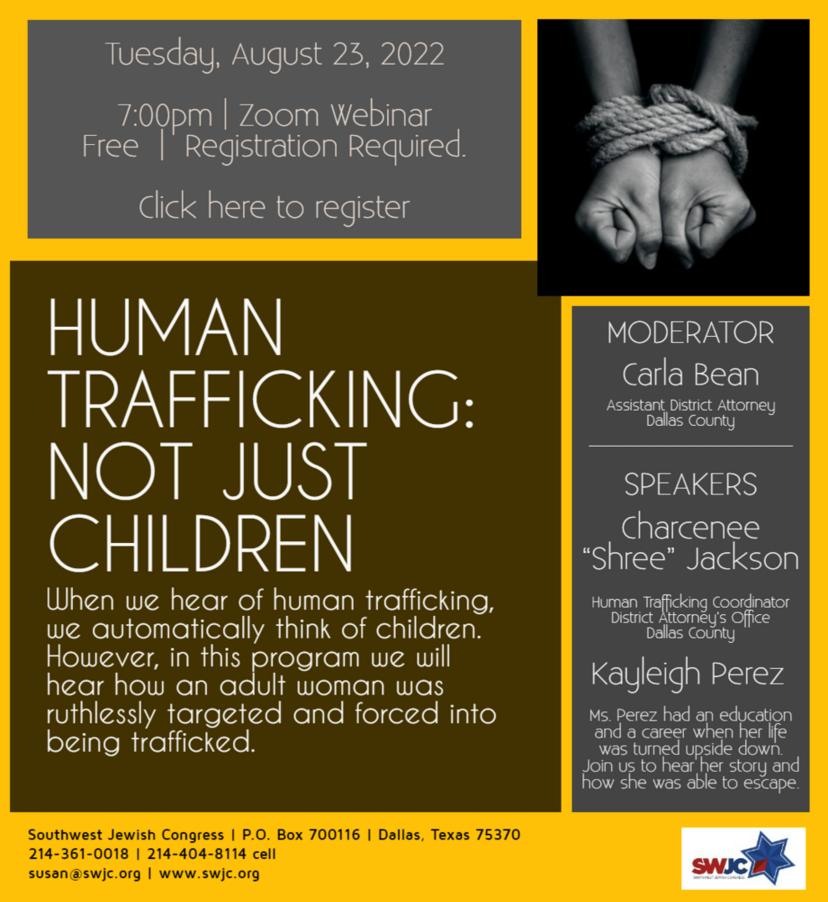